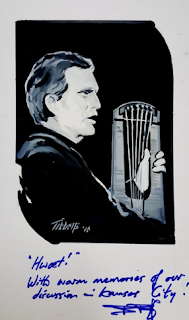 “Hwaet!” declaims Benjamin Bagby, modern-day bard of medieval song and lyric. The word means “Listen!” And we are invited to attend to the music and the sounds of the adventures of ancient gods, heroes, and monsters. Ben came to Kansas City with his company of Sequentia musicians, 17-18 November 2016.

Don’t be fooled by Professor Bagby’s academic credentials. He may be a Professor of Medieval Studies (“Master Professionnel Pratique de la musique medieval”) at the Sorbonne in Paris, but you know his head and heart are invested in the action and romance of the Middle Ages. Midwestern born and raised, his true home is in the feudal castles and monastic cells of old Europe. 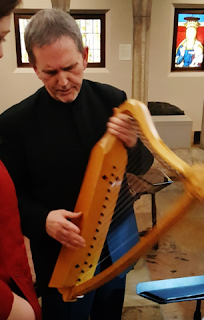 During his Kansas City visit we found that nothing could be more spare and affecting than the simplicity of his presence, on stage and in the classroom. Dressed in black, he alone commands our attention. He strums his lyre and plucks his harp while declaiming in old English the epic stories of Beowulf and the pagan songs of Boethius.

Ironically, we can never know if these performances precisely duplicate the art of a particular medieval bard, and we can never rediscover the “original” melody to which any epics were sung in the early Middle Ages, since any given melody probably never existed for any one narrative or story—variations were passed along in each of the oral traditions. Bagby says he relies on careful use of specific information and techniques, coupled with an intuitive spirit based on a working knowledge of both medieval song and the essence of sung oral poetry. That way, he continues, “It is possible to reconstruct highly plausible performance models which allow our venerable ancestral stories to live again.” 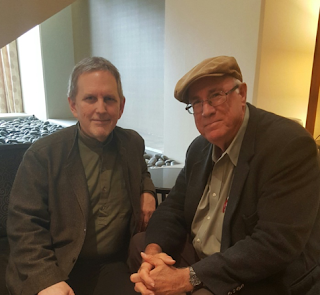 We learned that it is the SOUND of his words, rather than their SENSE, that ultimately mattered. Yes, there were subtitles that provided the lyrics of the songs, but gradually, you ignored them and attended to the “music” of the words. It becomes a primarily AURAL experience. 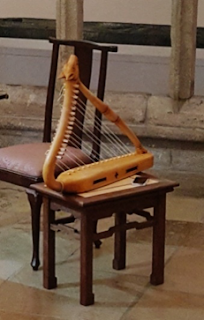