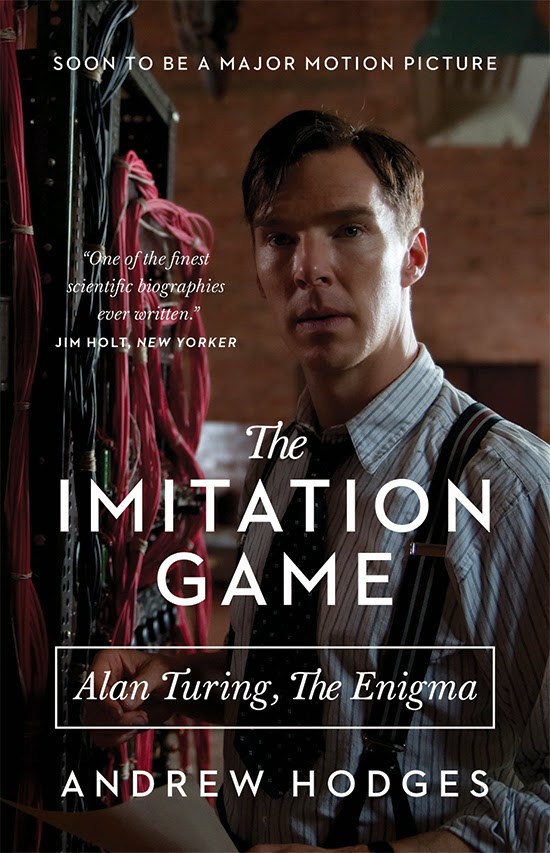 It’s a matter of historical record that once the Bletchley code breakers cracked the secrets of the Nazi Enigma, they contrived to conceal their triumph. If it had been disclosed, the Germans might have changed the Code’s configuration, British intelligence would have been compromised, and the War Effort jeopardized. That’s right, victory was theirs; and now they had to deny it.

“Act as if you’ve never been there before,” is the famous mandate to NFL running backs otherwise bent on celebrating a touchdown.

What is it about Paradise Gained, that it must be lost again before it can be Regained? Aside from the defects of The Imitation Game’s wobbly melodrama and the compensatory virtues of its superb performances by Cumberbatch and Knightly, we are left with this sobering message. It resonates across the history of the arts. Was it not the French artist Roaul Dufy who painted with such facility that, in a fit of exasperation, he transferred the brush from his adept right hand to his more clumsy left? Did not the American watercolor master John Marin allow an accidental glob of water that had dripped down the center of one of his paintings to remain there, thereby ruining its perfection but fiercely proclaiming its imperfections as a water color? Or think of Charles Ives, who “subverted” the classical Lieder tradition with the brays and banter of crackerbarrel diction. And Lord Byron, who in the end discarded high-flying rhetorical excess for the rude vernacular of Don Juan. Or director Robert Bresson, who grew so dissatisfied with the practiced calculations of professional actors that he replaced them with the less studied, ”imperfect” performances of amateurs? Would that other filmmakers had backed off from their formal pursuits and disguised their artistry with flaws and mistakes! Stanley Kubrick and Jacques Tati, in my opinion, hermetically sealed themselves off from the scruffy old world of their youth and got lost in the maze-like film-machines of their so-called maturity. I would trade all of Tati’s Traffic and Kubrick’s Barry Lyndon for, respectively, the messier but gloriously tentative cinema of Jour de Fete and Killer’s Kiss.

These are grand deceptions indeed. When artistry conceals itself, the greater the gain. These are works that hold us breathless, even though they breathe our very air.
Posted by John C. Tibbetts at 8:13 PM