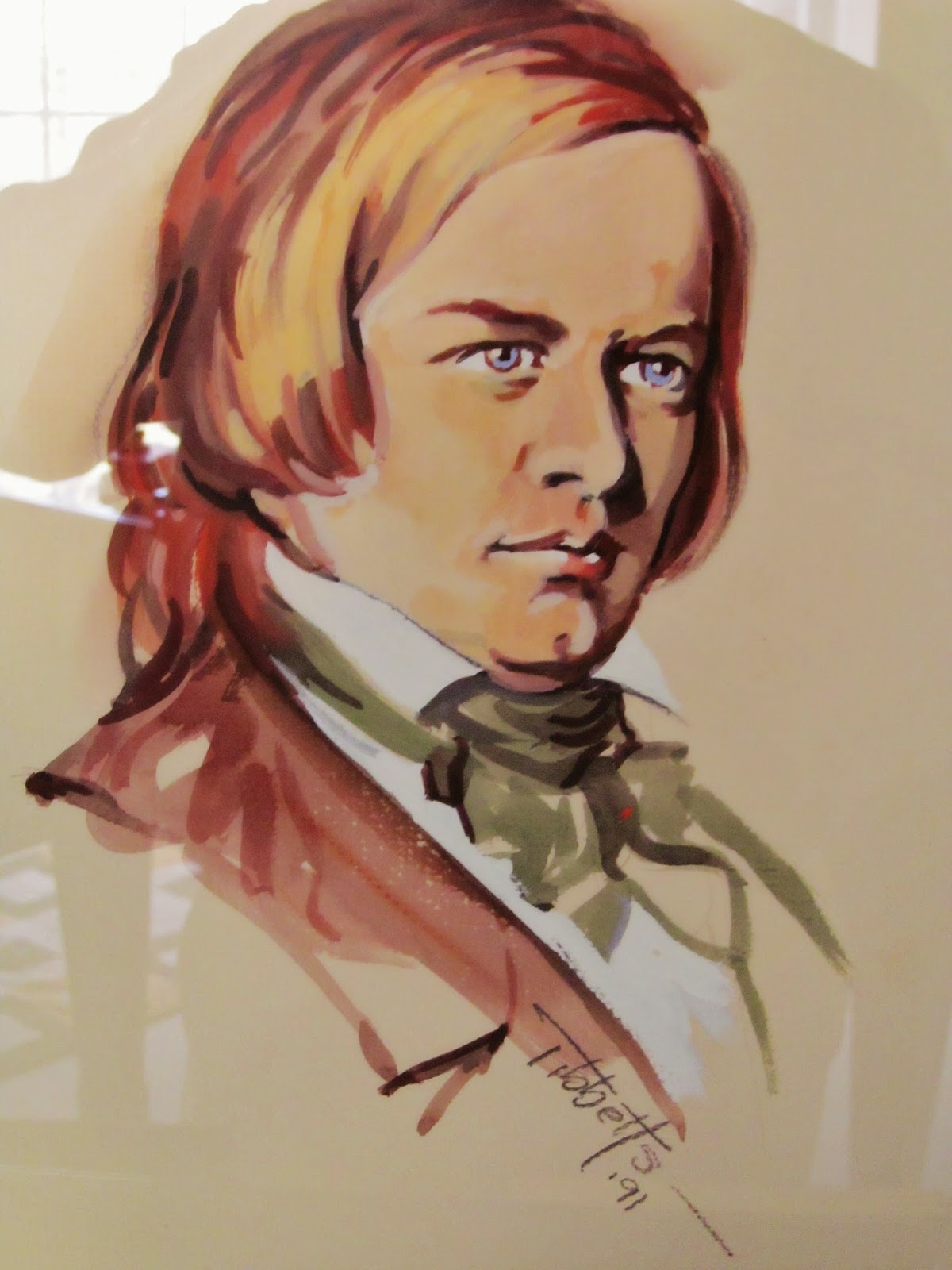 My friends and associates are already too well aware of my lifelong enthusiasm for and study of the life and works of the great German Romantic composer, Robert Schumann (1810-1856). This abiding passion has already resulted in a book-length biographical study, SCHUMANN: A CHORUS OF VOICES (2010) and a 17-part radio series for Public Radio, THE WORLD OF ROBERT SCHUMANN that spans more than thirty years of research and production.

Now it is time to bring Mr. Schumann to Hollywood.

I have just completed what might well be the last in my ongoing radio series, a program called "Schumann and the New World." Not only does it involve the fascination European artists had for performing opportunities in America at mid-19th century, the new eclecticism in American music that greeted these incursions, but Schumann's own involvement in the New World experience. Which is to say, many of his works reached American shores during his lifetime; and subsequently several biographical studies have likewise emanated from Hollywood and independent cinema sources. Chief among them is MGM's SONG OF LOVE (1947), directed by the inimitable Clarence Brown and starring Katharine Hepburn and Paul Henreid as Clara and Robert Schumann. Not to be forgotten is a marvelous performance here by the wonderfully wry Henry Daniell as Franz Liszt.

My new radio show pays ample tribute to this film and the undeservedly neglected genre of composer biopics. Chief among the guest commentators are cultural historian Albert Boime of UCLA; music historians Ted Albrecht, Bunker Clark and Robert Winter, of, respectively, Kent State, University of Kansas, and UCLA; and pianist Claude Frank. Maestro Frank provides his own "one-man show" at the keyboard in which he interprets the film's key scenes and music excerpts.

I write this in hopes that the much-maligned composer biopic--indeed, biopics in general--be given a closer look by many who seem disposed to dismiss them out of hand. I know there have been some Schumann entries since SONG OF LOVE, including, most notably a 1983 film from Germany, SPRING SYMPHONY, with Nastassia Kinski as Clara Wieck, and a bizarre piece of psycho-drama from actor Simon Callow and conductor Roger Norrington called THE SCHUMANN ENCOUNTER. The subject is hardly exhausted, and I anxiously await more entries.

As for my radio show, I will take it and excerpts from many pertinent films to WFMT Public Radio in Chicago at the end of January to devote a whole day to the subject of the composer biopic.

Email ThisBlogThis!Share to TwitterShare to FacebookShare to Pinterest
Labels: arts