ONCE UPON A TIME... IN HOLLYWOOD 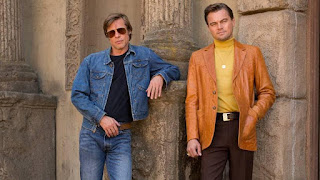 By now we must know that the new Tarantino film concludes by side-stepping the Manson-Tate murders and locating the crimes elsewhere. In other words, there is no Manson-Tate slaughter at all! We should be accustomed by now to the way Hollywood cherry-picks history, but this recent example is particularly startling. Its effrontery in altering history is rivaled, in my opinion, by the amazing conclusion to a mid-50s movie, QUANTRILL AND HIS RAIDERS: In this version of the Lawrence Raid, Quantrill and a few raiders are turned away at the city border and Quantrill is shot and killed by the citizenry.

In other words, there was no Quantrill/Lawrence Massacre at all!

Kinda takes your breath away, doesn't it?

I recall the advisories of cultural historians Hayden White and Niall Ferguson who propose that alterations in the historical time line should bear a certain responsibility. In other words, are the alterations executed in the realm of PROBABILITY? COULD they have happened that way? We could argue whether or not Tarantino obeys that injunction.

But this is Tarantino's thing, isn't it? When we see Hitler killed in INGLORIOUS BASTERDS, we know what he's up to.

I guess we have to respect these alternative histories... but it’s just a pity that films like these aren't accompanied by "teaching moments," that is, a sober examination of the whys and wherefores of these alterations. And excellent teaching moments they can be--the same holds true for Hollywood's alterations of the texts of stories and novels-- but, alas, are seldom observed. But that's a matter primarily for the classroom, right?