JEAN RENOIR'S DAY IN THE COUNTRY 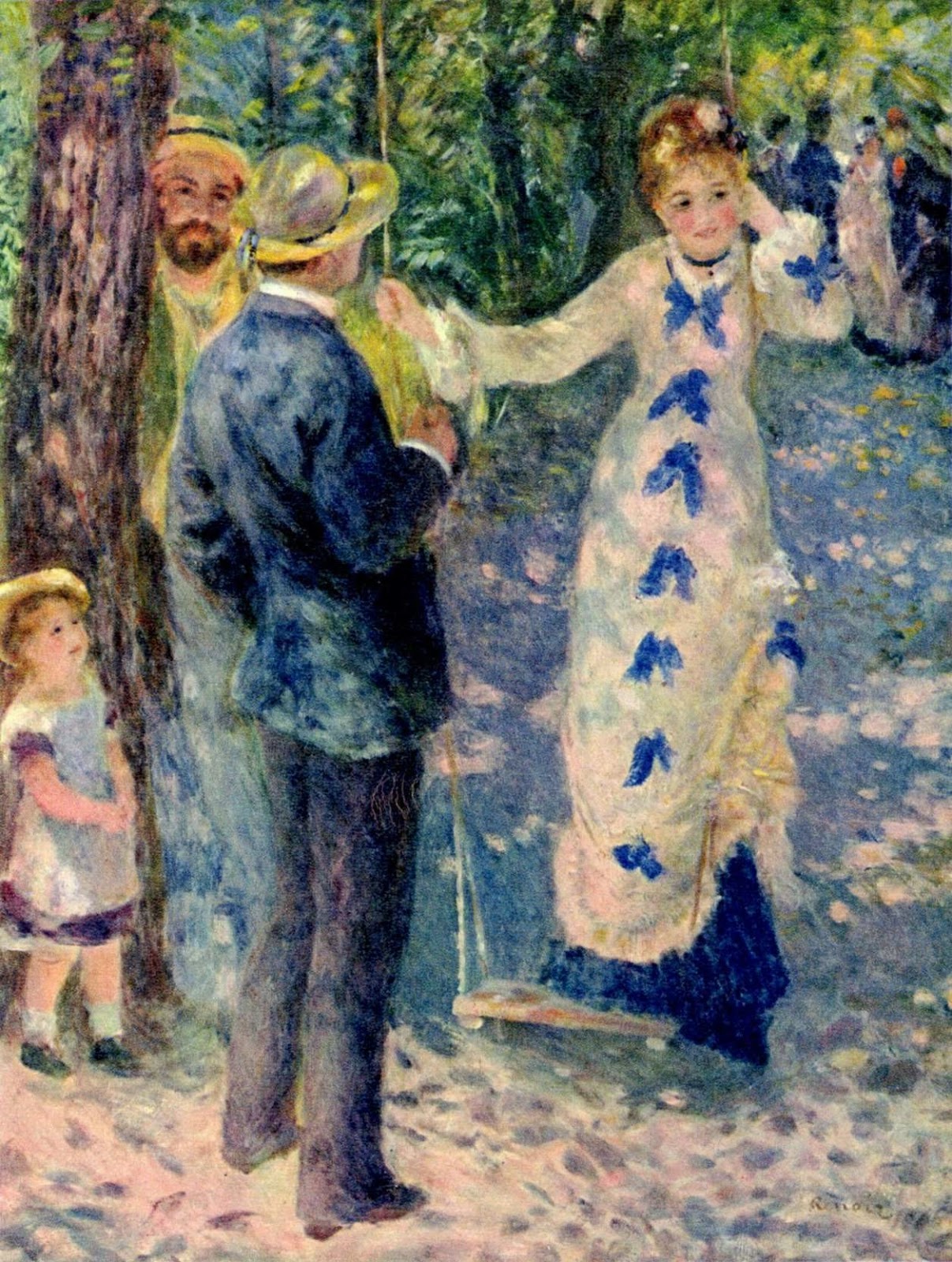 Jean Renoir films in the 1930s are among the glories of cinema. This painting, by his father Pierre August, "The Swing" (1876), is one of the many images that Jean translated into A DAY IN THE COUNTRY (1937). 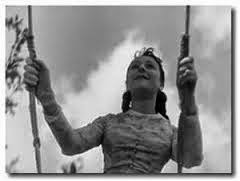 Originally planned to be a feature, the film was left incomplete at 41 minutes and not seen theatrically until its release in 1947 as part of an anthology film, WAYS OF LOVE. For years all I had available to show to my classes was a wretched dupe-16mm print. Even so, its pictorial glories and astringent bitter-sweet tone revealed the masterpiece it is. And now, at last, it's been freshly packaged by Criterion on DVD Blu-ray, restored to its pictorial lushness, and accompanied with loads of outtakes and screen tests that were discovered in the French Cinematheque in 1994.

Nominally based on a short story by Guy deMaupassant, A DAY IN THE COUNTRY recounts a city family's outing along the sunny banks of the Seine in 1860. A city family is on holiday. Parents and grandma picnic and snooze on the grass and the lovely innocent daughter, played by Sylvia Bataiile, abandons herself to the ecstasy of the moment on a swing. She catches the eye of a more worldly young man also on holiday. There's a flirtation, a boat ride, a rain shower, and a passionate embrace. Afterward, she is left, abandoned and alone, facing an uncertain future. 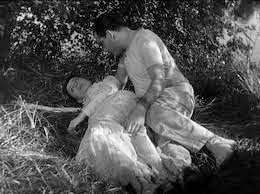 There is nothing quite like its blend of dappled images and rippling water, tempered momentarily by an advancing rain shower. We savor the incidental moments, the sly character digressions (watch for Jean Renoir himself as the innkeeper), and the fluid and willful camerawork by Claude Renoir (nephew of the director) that is alive to every nuance of the character and scene. Less heralded, perhaps, but evocative of its own sunshine and shadow, is the lyric music score by Joseph Kosma, specially composed for its 1946 release. 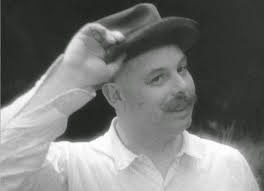 There might be a temptation to label this film Renoir's "masterpiece," if only because its incomplete state heralds a future we can only brightly imagine. . . but that accolade must always belong to THE RULES OF THE GAME, in my opinion. But in terms of its "plein-air" spontaneity, unabashed romantic feelings, and disarming freshness, only Renoir's earlier BOUDU SAVED FROM DROWNING rivals it. 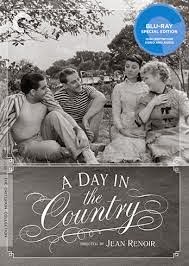