The Good News is that a new edition of SOMETHING WICKED THIS WAY COMES, Ray Bradbury's classic fantasy from 1962, is forthcoming soon from Centipede Press. It will feature three of my interviews with Ray and with his illustrator, Joseph Mugnaini.

This is the cover of the First Edition, artwork by Gray Foy: 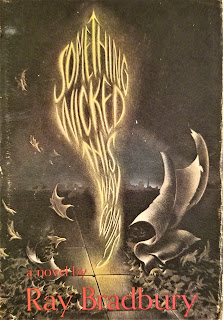 And here is the cover of the first British Edition, with Mugnaini's artwork: 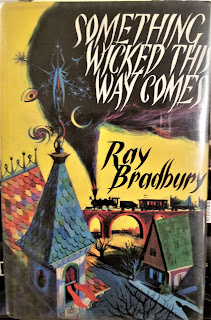 Most spectacular was the the poster art from the Walt Disney adaptation, directed by Jack Clayton in 1983. Alas, the movie itself was nowhere as good as this poster art: 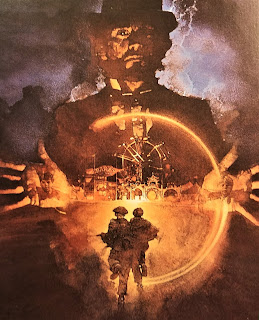 I am so looking forward to this new 2019 edition of SOMETHING WICKED, since it brings back memories of my encounters with both Ray and Joe. Here's Joe and me from an interview in the mid-80s in Los Angeles: 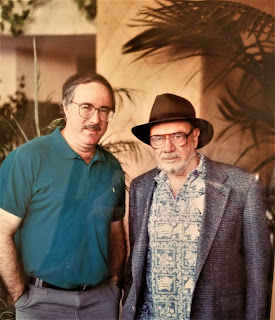 Rarely has a partnership between writer and artist been more happily fruitful than that between Bradbury and Mugnaini. They first met in the early 1950s in Los Angeles and remained staunch friends and sympathetic collaborators ever since. Here they are: Mugnaini on the left. 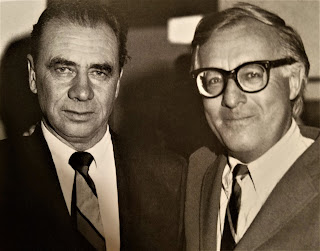 May they both rest in peace,,,