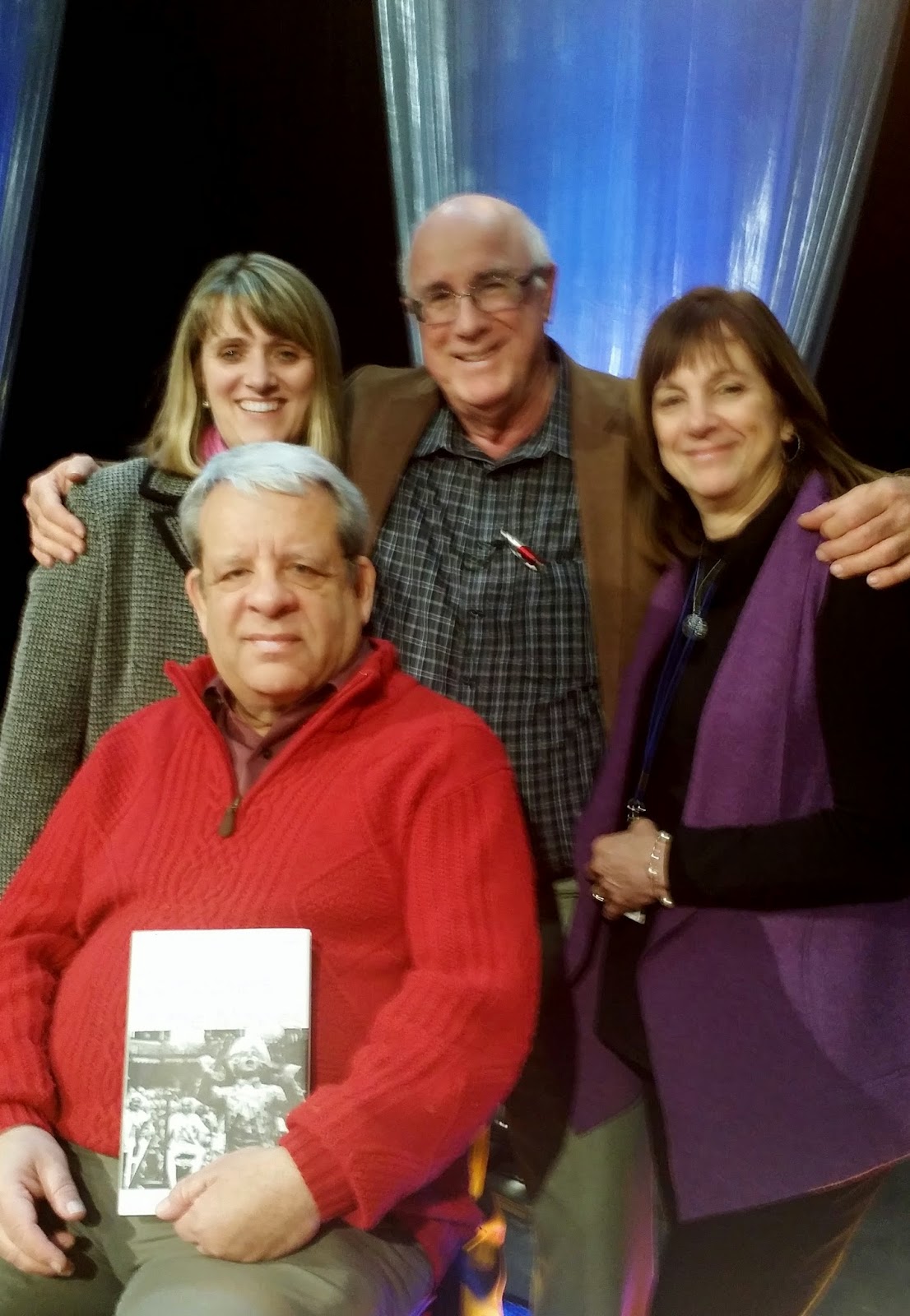 I have recently returned from Chicago, where on February 1, 2015, I was privileged to present an all-day Symposium in the studios of 98.7 WFMT Public Radio. The subject was “Composers on Film,” a topic dear to my heart and the subject of my book from Yale University Press in 2005. Such an event is typical of WFMT, the scope of whose programming includes seminars like this, special programming of symphony orchestras in a variety of countries, and broadcasts of major symphony concerts, grand opera, drama, mainstream jazz, and folk music to more than 650 outlets in America and around the world. While classical music programming faces constant jeopardy on budget-strapped radio stations across the country, WFMT continues to carry the torch, as it has done for more than 60 years. Pictured here are WFMT’s General Manager, Steve Robinson (seated), who masterminded a series of so-called “Immersion” events like mine; Production Assistants Kathleen Van de Graaf and Judy Mangialiardi, and your faithful servant. My thanks to them, and my respects to those two intrepid Sound Technicians David Moyer and Bruce Rayburger who “rode” sound for me all day. Excerpts from more than a dozen films by Ken Russell, Mike Leigh, Charles Vidor, Agnieszka Holland, Milos Forman dramatized the life and work of composers Mozart, Beethoven, Chopin, Frederick Delius, Gilbert and Sullivan, Jerome Kern, etc. My previous engagements with WFMT over the years have included a 2010 Birthday Seminar on Chopin and Schumann, hosting the American premiere of Agnieszka Holland’s COPYING BEETHOVEN, and the worldwide distribution of my 15-hour radio series, THE WORLD OF ROBERT SCHUMANN.
Posted by John C. Tibbetts at 8:19 AM