THE PROBLEM OF PETER WEIR 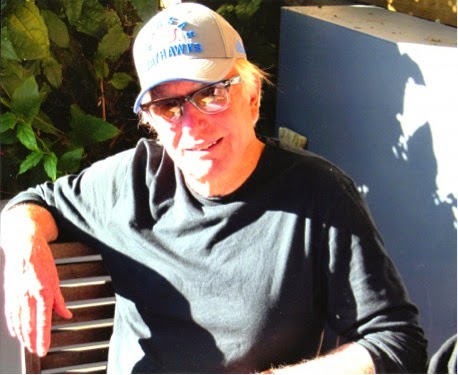 Despite the recent Criterion release of Picnic at Hanging Rock, the name Peter Weir seems not to be on very many lips these days. Yet, mention this film, along with The Truman Show, Dead Poets Society, and Master and Commander, and the man’s name comes up readily enough. It seems that Peter Weir has committed the unpardonable sin of taking too much time between films; worse, he has told me in a recent letter that he has no immediate projects in mind. Perhaps at age 68 he prefers to enjoy a well-deserved retirement... or just enjoy the luxury of taking his own sweet time before embarking on another project.

Only fourteen films in 38 years. Must we conclude that his four-year absence since The Way Back has engendered a kind of anonymity that renders him irrelevant to today’s film enthusiasts and scholars? Do we repeat the charge, “But what have you done for us lately???” Certainly it is true that my new book, Peter Weir: Interviews, published this year by Mississippi University Press, has garnered many enthusiastic readers so far, but has been ignored by critics. reviewers and journalists. Do we blame the book or the man? As David Thomson admits in his Foreword to the book, “He does not seem like a movie director... He has stayed away from the busy world of reputations while building the unquestioned status of one of the great directors at work.”

We might as well quench our interest and enthusiasm for other directors who have committed a worse sin, who have quit the public sphere because they, well, because they died. What use for yet another volume on Hitchcock and Hawks, Minnelli and Mann? Why another Life of Kubrick, who made far fewer films and took his own sweet time between them?

No, I must admit I am baffled at what seems these days a public neglect of the name Peter Weir. Add another riddle to the prevailing mystery that surrounds his best films.

Unless I deserve some of the blame. During my sojourn in Australia, while interviewing Weir, his cameraman Russell Boyd, and colleagues at the National Film and Sound Archives in Sydney, I discovered and attempted to reveal a man far more interesting in his own way than the riddles he propounds in Hanging Rock, The Last Wave, and The Truman Show. I encountered a man behind his mysteries who is deeply humane, modest, and articulate about his life and work. His modesty is all too real: “I am only a jester with cap and bells,” he told me, “who goes from court to court.”

I repeat, must his recent inactivity consign his name to the dustbin of film history? Or can we hope, at the very least, that his work, like the grin of Lewis Carroll’s Cheshire Cat, will stay on after the rest of him has disappeared?
Posted by John C. Tibbetts at 11:25 AM