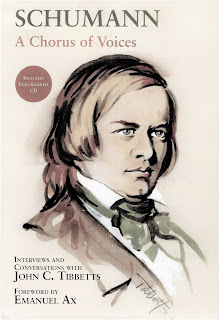 It is evident that RLS copied from the Breitkopf edition of 1887 because the slurs are exactly the same, the expression marks over the last note in the third measure are the same, and the dotted notes with a slur at the end are the same. These markings do not all occur in the Schumann volume of Lenz's Classics for the Young, which Stevenson also owned and could have used instead.
Posted by John C. Tibbetts at 6:56 PM No comments: 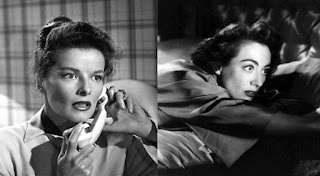 Music can’t be trusted. While listening to even the most sweetly beautiful strains of music, be afraid. Be very afraid.

I have already written at some length about the use of classical music in horror films (see my earlier blog, “Horror Music”). It’s a rich subject, inasmuch as those classical standbys by the likes of Franz Liszt, Hector Berlioz, and Bach, for example—respectively, Liszt’s “Mephisto Waltz,” Berlioz’s “Symphonie Fantastique,” and Bach’s “Toccata and Fugue in D Minor”— are spooky enough even without their cinematic applications. But recent viewings of two Hollywood films noir, the 1946 UNDERCURRENT, with Katharine Hepburn and Robert Taylor, and the 1947 POSSESSED, with Joan Crawford and Van Heflin, prove a very different point. In these two examples, it is remarkable that the music chosen to literally underscore sinister doings is itself relatively benign when heard in its original contexts. 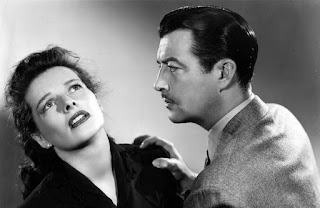 Take UNDERCURRENT, wherein newlywed Katharine Hepburn finds herself yoked to a pathological killer. Running throughout the dark proceedings is the theme from the Andante from Johannes Brahms’s Third Symphony. This lovely, pastoral theme from what is perhaps Brahms’s most beautiful and lyric symphony, is given a real workout, repeatedly played diegetically on a piano and everywhere omnipresent on the soundtrack of musical arranger Herbert Stothart. Who knew, as it passes in and out of minor modes and collapses into distorted fragments, how disturbing this music really can be? 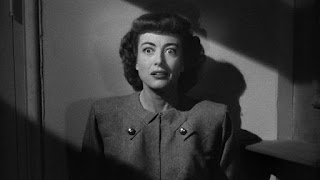 Likewise, the music deployed to evoke Joan Crawford’s descent into insanity in POSSESSED, is a particularly graceful and lyric excerpt from Robert Schumann’s Carnaval. It’s a lovely little thing, a musical portrait of Chopin, that could hardly be twisted into a darker pretzel shape. Yet, here it is, in the hands of music arranger Franz Waxman, its fragile wistfulness now a musical gargoyle of Joan Crawford’s deranged jealousy and madness.

It goes without saying that neither the Brahms nor the Schumann music can be heard again in the concert hall without this darker cloak of instability clouding our listening experience. What have we learned? That context is everything? That within the most gentle of musical expression lurk demons? That music itself possess its own “Jekyll and Hyde” identity, by turns, outwardly sweet, proper, and well-behaved, and malignant, dangerous, even homicidal?

Musical purists may howl. But we fans of film noir already know that you just can’t trust what you see—and what you hear.
Posted by John C. Tibbetts at 12:56 PM No comments: