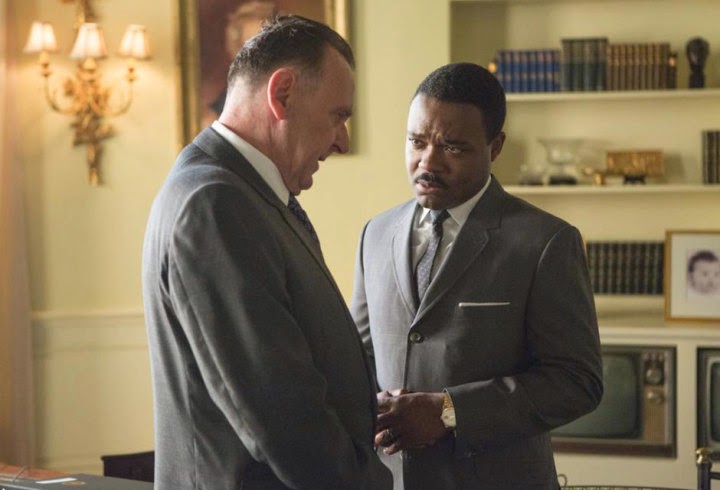 I applaud Maureen Dowd’s recent editorial in the New York Times regarding some of SELMA’S allegedly flawed historical reconstructions. Admittedly, my complaining about historical inaccuracies in a biopic seems the height of hypocrisy, considering I have devoted a fair measure of my writing life to valorizing the biopic genre. Yet, she pinpoints cogently the many complaints about the depiction of LBJ’s relationship with Dr. King. I agree with her when she says, at the outset, “I loved the movie and find the Oscar snub of its dazzling actors repugnant.” Dowd follows that with a critical commentary that I find equally compelling: “But the director’s [Ava DuVernay] talent makes her distortion of LBJ more egregious. Artful falsehood is more dangerous than artless falsehood, because fewer people see through it.” DuVernay’s response is revealing: “I wasn’t interested in making a white-savior movie.” Thus, President Johnson comes across here as more of an obstacle than a valued complement to Dr. King’s agenda. Undeniably, there is some distortion here. In his provocative defense of the “alternate history” deployed in biopics, the eminent historian Niall Ferguson demands that a measure of “probability” be observed. Historical “alterations” must be grounded in careful historical research. According to Dowd, however, DuVernay has boasted, “I’m not a historian; I’m not a documentarian.” Dowd responds, “There was no need for Duvernay to diminish LBJ, given that the Civil Rights Movement would not have advanced without him. Vietnam is enough of a pox on his legacy.” Indeed. There are “white devils” aplenty in the film, without rearranging the historical record to provide a new one.
Posted by John C. Tibbetts at 10:36 AM 1 comment:

"THE GROUND GOT TOO HARD!" 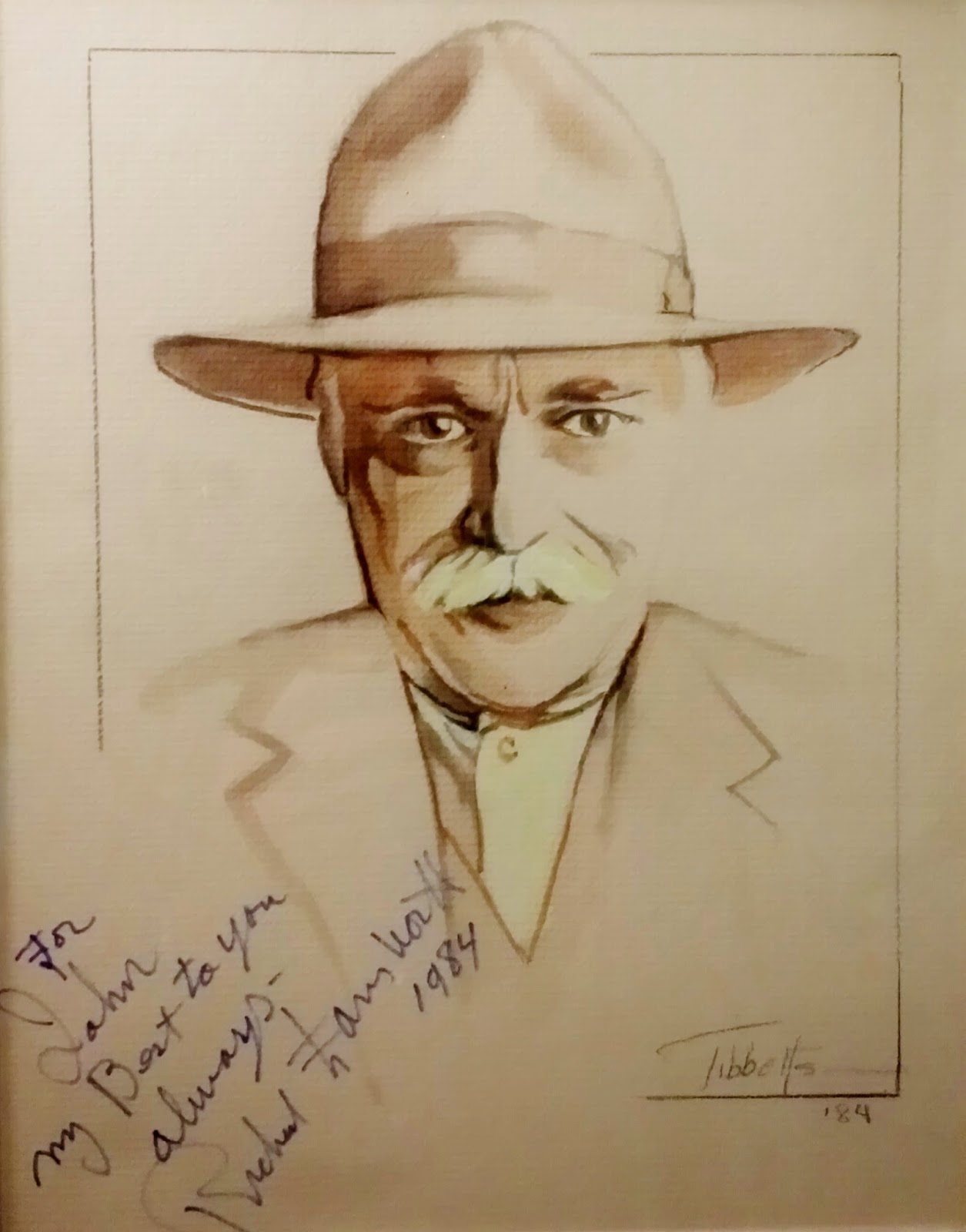 Recently, I've had occasion in the preparation of a new book of my interviews with Hollywood filmmakers, HOLLYWOOD SPEAKS, to revisit my conversation with veteran stunt man-turned actor, Richard Farnsworth. If you've never heard of Farnsworth, check out THE GREY FOX (1983), when the 63-year old ex-stuntman appeared as the legendary train robber, Bill Miner... Now come back, and we'll talk.

“It was an occupation with few veterans,” wrote Kevin Brownlow about the Hollywood stuntman. “Whatever your qualifications—whether you were a circus acrobat, a stunt aviator, an animal trainer, or a racing driver—you faced fresh challenges and unknown hazards at every call.”

Indeed, it is a profession not known for its longevity. However, a few of the most prominent stunt persons—including Jock Mahoney, David Sharpe, and Ben Johnson—have extended their careers as actors; and few have had a more remarkable career than Richard Farnsworth ( 1920-2000).

Among this select group was Richard Farnsworth. After years as a rodeo cowboy, he turned to films in 1937 and performed hazardous stunts for Montgomery Clift in Red River, Kirk Douglas in Spartacus, Charlton Heston in The War Lord, Guy Madison in Wild Bill Hickok; and also doubled for Gregory Peck, Henry Fonda, and many other screen notables. Then, in 1976, after 35 years of rough-and-tumble stunting—“the ground got too hard”—his plans for retirement were interrupted in 1978 when he was asked to take on the role of an ageing cowboy in Comes a Horseman with Jane Fonda. He was nominated for an Oscar as Best Supporting Actor. Four years later, In the role of legendary train robber Bill Miner in The Grey Fox, he garnered the Genie Award (Canada’s equivalent of an Oscar).

Other roles followed, as a baseball coach in The Natural (1984), a horse trainer in Sylvester, a country sheriff in Misery (1990), and, in The Straight Story (2000), for which he received a second Oscar nomination in the role of Alvin Straight, as an Iowa man who made headlines in 1994 for riding his lawn mower more than 250 miles to see his ailing, estranged brother. Farnsworth was a real cowboy, on camera and off. To the end of his days, he worked a ranch in New Mexico. His story is that of Hollywood in transition—from the glory days of the stunt/action picture in the ‘30s and ‘40s to a new sensibility and maturity in the western genre of the ‘70s and ‘80s.

I met Farnsworth in Los Angeles in 1984 on the occasion of his reception of an award given by the National Film Society for his career achievement. Afterward, we enjoyed a conversation that began in a Burbank saloon and continued in his nearby home, surrounded by framed photographs, western gear, and memorabilia attesting to his long career. I can still hear his slightly rasping voice, gentle, slow-talking, and modest, as he spoke of The Grey Fox and his long career in stunting.

https://www.youtube.com/watch?v=ihG8vpfz1Yc
Posted by John C. Tibbetts at 9:47 AM No comments: 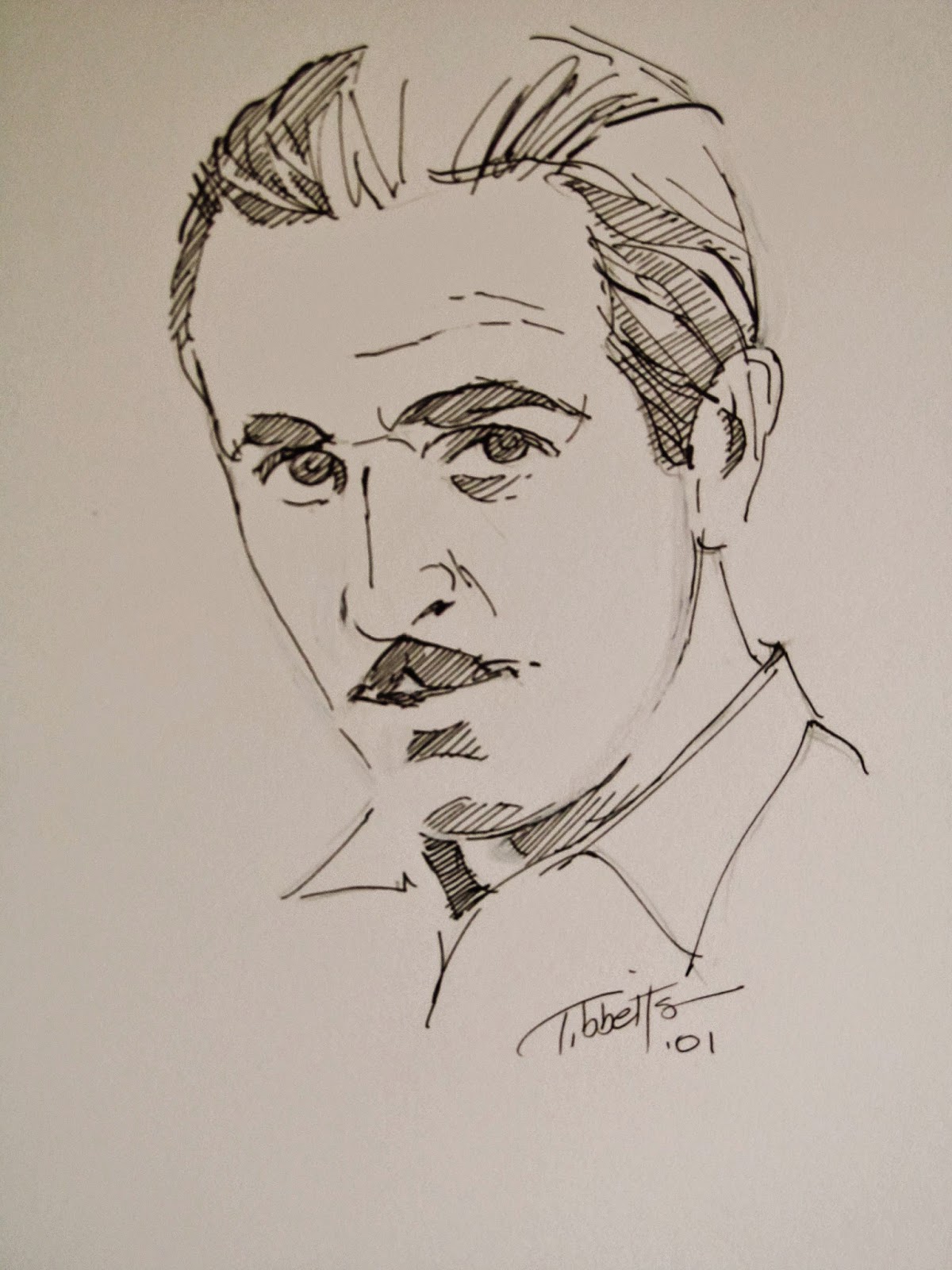 Uncle Walt survives it all of course. He needs no help from any of us. But I can't help but wonder when, if ever, THE PERFECT AMERICAN will reach an American opera house.
Posted by John C. Tibbetts at 9:58 AM No comments: